Do you need insurance on your car, home, or motorcycle? Most people do but super star athletes are insuring something a little more interesting… like the body parts that are (to them) the biggest assets they own. Check out the top 5 interesting insured body parts.

1. David Beckham (Soccer) – Legs – $70 Million – As one of the greatest soccer players to ever grace the fields, David Beckham’s legs are what make him money. Insuring his legs was a great idea! 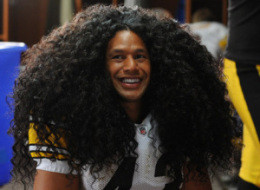 2. Troy Polamalu (Football) – Hair – $1 Million – Polamalu’s hair is so wild and big that it’s been insured up to $1 Million dollars. The only thing that’s more outrageous is his play on the football field.

3. Felipe Massa (F1 Driver) – Head – $1 Million – Felipe is a formula 1 race driver but the only formula Felipe has cooked up recently was that head injury + money = insure your head. After a scary concussion Felipe Massa decided to get his head insured.

5. Takeru Koboyashi (Competitive Eater) – Stomach – Coverage Denied – This one might be considered cheating as some don’t consider competitive eaters as actual athletes and also that Koboyashi’s insurance coverage was ultimately denied. A quote from the insurers “No one will consider any part of an athlete whose job involves inhaling 57 cow brains in 15 minutes. Policies exclude “exposure to exceptional danger except in an attempt to save human life” for good reason.“.

Other insurance related links: Helmet Use Down, Motorcycle Accidents Up

« Helmet Use Down = Motorcycle Accidents Up
Are Hackers Threatening to Your Car? »